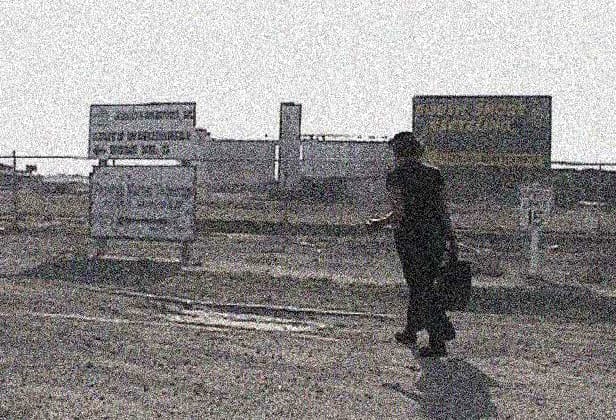 Don’t Mourn is a series of memorial transmission performances to moments of violent conflict in Illinois labor history from the 1870s to the 1990s. I traveled to twelve otherwise unmarked sites to broadcast a distorted Internationale, the socialist and anarchist solidarity anthem, using a homemade mobile transmission kit consisting of a 4-watt FM transmitter, modified HAM radio antenna, and 12-volt wheelchair batteries. As a form of omnipresent sound that cannot be heard by the unassisted ear, as an immersive technology in which our bodies and spaces are always bathed, radio enacts metaphorically the troubled nature of public memories, always hovering on the brink of forgetting. Radio’s invisibility underscores the marginality of these mostly forgotten, yet nonetheless significant events, while the minor act of civil disobedience represented by my lone, unlicensed broadcast connects it to the lost militancy of the American left.

The series of performances was conducted from 2005-2007 and documented via video before being collected into the multimedia essay for the web presented here.

Credit and link to project

Note: This project was authored in Flash and may not be supported by your browser.