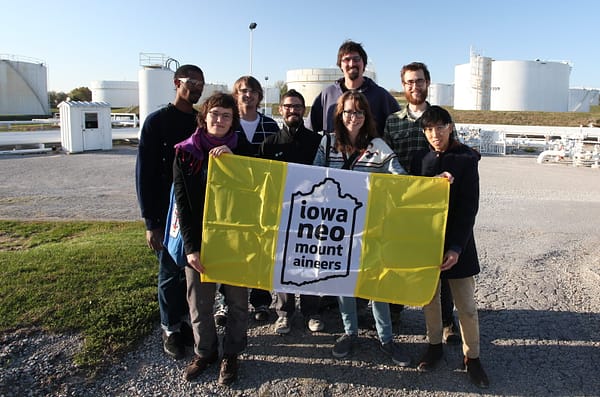 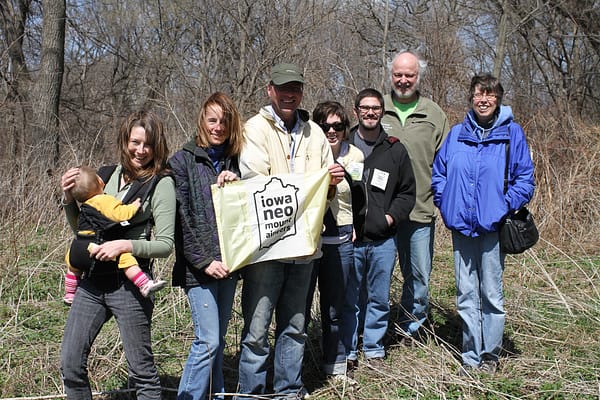 For over 50 years the Iowa Mountaineers was the largest university mountaineering club in the world. Between 1940 and 1996, more than 70,000 members scaled over 1300 peaks in 11 states and 17 countries. Yet much of Iowa’s most challenging terrain remains unexplored. A small group of walking enthusiasts formed in Iowa City to correct this oversight. Calling ourselves the Iowa Neo-Mountaineers, we are dedicated to expeditions that remain absurdly local and low relief. If you are up to the challenge of negotiating access to that privately-owned hilltop blanketed in corn, join us, the Iowa Neo-Mountaineers! Of the fifty states, Iowa has the highest percentage of land in agricultural production. With 98% of its 36 million acres privately owned, Iowa, not surprisingly, ranks 48th in the nation in the percent of land in public ownership. Only Connecticut and Rhode Island have less public acreage, and Iowa is over ten times their size! Join us as we resurrect the adventurous spirit of the Iowa Mountaineers for an era of climate change, economic crisis, overwork, privatization, and unemployment. Stay close to home, save on gas, avoid the lines, and scale the “seven summits” of Johnson County! Supplemental oxygen not required.